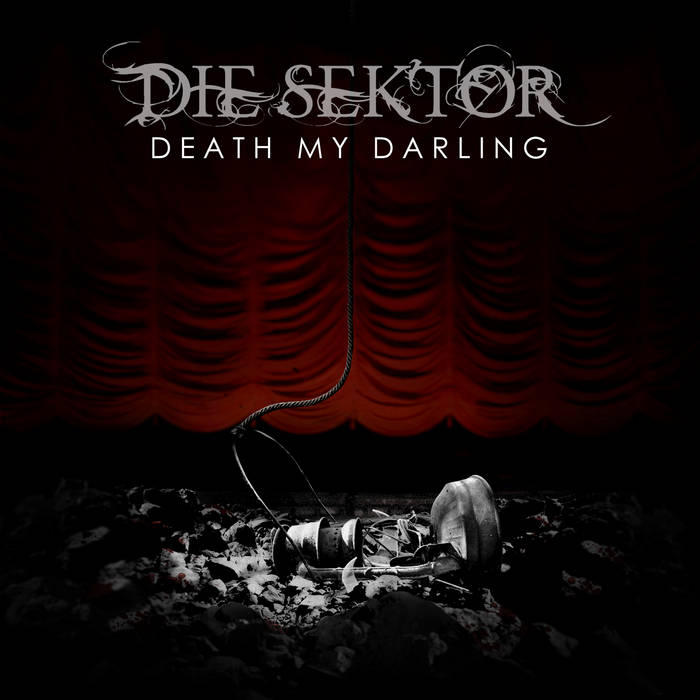 hechth Amazing Album which definitely is among my Top 10. Just so deep, dark and atmospheric with great lyrics. It drags you in and invites you to come all the way down. Favorite track: Kiss Me Deep.

ben bulcock It's been a real pleasure listening to the new one from Die Sektor: Death My Darling. An absolute masterpiece of dark electro. A grand quality to every track and no fillers. The strength of Death My Darling is literally in it's depth. Every track has the feeling that it has been worked on, a lot! This means each time I listen I find more and get a better experience. Best track 51Xov51X, just immense :) Favorite track: 51Xov51X.

flowinglower The long awaited follow up to 2013’s (-)existence is finally here. Unfortunately this album was delayed due to a van break-in whilst on tour, and the lyric book was stolen amongst their gear. In the early stages, it was announced that Death My Darling was a two part album - which is hopefully still the case, because Die Sektor just seems to get better and better every album. Perhaps one of the more underrated Electro-Industrial bands that would give Front Line Assembly a run for their money. Now if they could just tour with Statiqbloom and/or Youth Code 🤞🏻 Favorite track: 3 Sisters.

botr It's Die Sektor. An experience like no other. Every second is amazing. An emotion you have to feel, It's so complex and varied it cannot be described. Favorite track: Kiss Me Deep.

DIE SEKTOR has always been a band to take the road less traveled.
In a dark electro scene typified by 4-to-the-floor dance music, DIE SEKTOR invariably produces complex, majestic and innovative soundscapes. After delivering a still-legendary standout debut in the shape of "To Be Fed Upon", DIE SEKTOR all but disappeared for years...only to suddenly return without warning with a quickfire trio of albums in as many years - what would later come to be called "The Void Trilogy". Now, after a further 5 years in the wilderness since the last album in that trilogy "(-)existence", DIE SEKTOR are finally back with what must be one of the most eagerly-anticipated albums of the year "Death My Darling"...

With front cover artwork from DWA's lead designer Vlad McNeally and audio mastering like for most of their previous work by Kolja Trelle (himself currently enjoying somewhat of a renaissance as SOMAN) the CD first edition of "Death My Darling" comes in luxurious hardback digibook format complete with integral 16-page booklet featuring full lyrics plus stunning band photos by Gina Nilce shot in the derelict Byrd Theater, Virginia.
And as special bonuses for longtime fans of the band, the CD version is rounded out with a remix from former member Daniel Gant, while this digibook first edition (strictly limited to 300 copies worldwide) also contains a 5-track CD2 of bonus tracks and alternate versions - pressed on eye-catching clear-substrate CD.
Both the 11-track digital and 17-track deluxe physical version drop on June 1st, and can be pre-ordered now